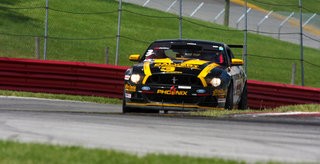 The winner-take-all event will run 23-lap races for all 28 Runoffs-eligible classes September 23-25, with each class getting a 15-minute qualifying session each day Monday through Thursday, to set the grids.

Of note for 2016, based on survey data from participants, qualifying sessions will run at a similar time in the day to the races. For instance, the Spec Miata class races at 10:05 a.m. on Saturday; likewise, each of its four qualifying sessions come in the late morning.

Also this year, some qualifying sessions will run as “seamless” qualifying. The class marked first on the schedule will run for 15 minutes, while the second class will move from grid and stage in pit lane just prior to the conclusion of the previous group. When the first class or group has received the checkered flag, the second group will be released. Cars that are safely stopped on track but need assistance getting back to the paddock will remain until the second session in the seamless qualifying is complete. These sessions are clearly marked on the full schedule, and will only share time on the grid, not the track.

“The years at long tracks like Road America and Daytona provided the luxury of a high on-track capacity,” SCCA Vice President and COO Eric Prill said. “Returning to Mid-Ohio’s 2.258-mile layout, with the expectation of a large event attendance, had us thinking creatively on the schedule.

“Participant feedback was the primary driver for the changes. Previous Runoffs at Mid-Ohio and Heartland Park had a day off during qualifying, which was not favorable to the driver population in our surveys. Given the anticipated turnout, it would be difficult to run the event with much fewer than 24 qualifying groups. So the best solution for everyone to run every day is to have 15-minute sessions, and to cut out several of the transitions. It is an ambitious schedule, but one that our event chiefs support to provide the best possible experience for the racers.”

Qualifying runs Monday, September 19 through Thursday, September 22. The fastest time over the four days will earn the Tire Rack Pole award, to be presented during Thursday’s all-participant party. The Thursday night All Participant Party, on site at Mid-Ohio Sports Car Course, will also honor the newly crowned SCCA Worker of the Year selections.

In 2016, the SCCA National Championship Runoffs presented by Garmin VIRB will crown National Championships in 28 amateur classes during the unique one-race shootout format. More information on the 53rd SCCA Runoffs can be found at SCCA.com/runoffs, and the event schedule can also be found online.

The Sports Car Club of America, Inc., founded in 1944, is a 65,000-member motorsports organization that incorporates all facets of autocross, rally and road racing at both club and professional levels. With headquarters in Topeka, Kansas, the SCCA annually sanctions over 2,000 events through its 115 Regions and professional subsidiary. Much of the SCCA’s activities are made possible with support from the following Official Partners: Garmin VIRB, the Official Camera of SCCA; Hawk Performance, the Official Brake Products of SCCA; Mobil 1, the Official Oil of SCCA; SafeRacer, the Official Safety Provider of SCCA; Sunoco, the Official Fuel of SCCA; and Tire Rack, the Official Tire Retailer of SCCA. To learn more, please visit www.scca.com.