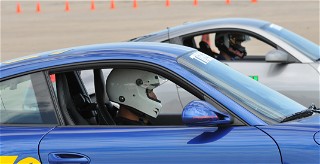 TOPEKA, Kan. (December 21, 2016) – After much effort, the SCCA National Solo Department proudly announces the addition of an event near Fort Myers, Florida, which will allow for an earlier start to the Tire Rack SCCA ProSolo season.

The new event planned for March 10-12 at Buckingham Field in Lehigh Acres, Florida, will be hosted by the Gulfcoast Autocrossers Club (GAC).  Howard Duncan, SCCA’s Senior Director of Rally/Solo, said no ProSolo event has taken place at that venue since 2003, and no SCCA National Solo competition has occurred there in a decade.

“We have been working with GAC for the last few years about returning to Buckingham Field, and I sincerely appreciate the efforts of GAC’s Craig Ellis and SCCA member Darrin DiSimo in making this happen,” Duncan said.  “This year we were able to work out a plan where we can start the 2017 Tire Rack National Solo season with two events in the south on back-to-back weekends; the Ft. Myers ProSolo and then the Dixie Champ Tour in Cecil, Georgia. This should allow the Solo community to not only get two events for one trip, but to also tie in a Florida vacation as a bonus.”

Competition at Buckingham Field will require more stringent sound restrictions due to the unique nature of that venue.  Specific decibel levels for the ProSolo event will be decided and announced at a later date.

The new ProSolo calendar is now a 10-event, regular season schedule -- now running March to August -- that leads to the Tire Rack ProSolo Finale in early September. The 2017 schedule is as follows:

With the revised schedule, the first stop on the ProSolo competition calendar now takes place at Buckingham Airpark near Ft. Myers, Florida.  After that, it’s off to Orange County Great Park for an event hosted by the Cal Club Region.  The series then heads to Northern California for the San Francisco Region event taking place on the concrete runways and taxiways of Crows Landing, a former NASA installation.

The fourth event of the year moves back east to Blytheville, Arkansas, for a weekend put on by both the Arkansas Region and Mid-South Region.  This venue typically features longer courses thanks to the immense size of the site.  From Arkansas, the series pops up north to the asphalt lots of MetLife Stadium for a weekend hosted by the New Jersey Region with the New York City skyline as a backdrop.

May closes out with the Spring Nationals ProSolo at Lincoln Airpark hosted by the Nebraska Region with a course that will be a variation on the popular 2016 Tire Rack ProSolo Finale layout. Then the Texas Region gets June going with the Texas ProSolo that includes long courses on asphalt and mouthwatering BBQ meals.

The Tire Rack ProSolo series continues with a jaunt up to Toledo Express Airport for what will likely be another well-attended event hosted by Northwest Ohio Region.  That is followed by a weekend in the shadow of Mount Rainer hosted by the Northwest Region in Packwood, a site featuring a covered paddock, grid and Impound/Tech space.

During ProSolo events, drivers face off, side-by-side, at a “Christmas Tree” start before launching down a straightaway and into mirror image autocross courses. Three heats of Class competition give drivers 12 total runs, six on each course.  Like other Solo competitions, runs are timed to 1/1000th of a second and knocking a cone down means a two-second penalty added to a time.