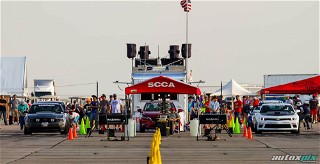 MetLife Stadium had notified the SCCA National Staff that a change was possible following the original schedule announcement and preparations had been made in case of a change to allow organization of the event to proceed smoothly.

The updated 2017 schedule is as follows:

During ProSolo events, drivers face off, side-by-side, at a “Christmas Tree” start before launching down a straightaway and into mirror image autocross courses. Three heats of Class competition give drivers 12 total runs, six on each course.  Like other Solo competitions, runs are timed to 1/1000th of a second and knocking a cone down means a two-second penalty added to a time.