Get Your Thrills and Build Your Skills with DirtFish 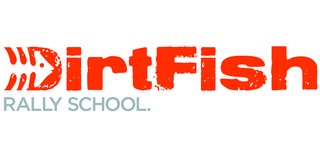 Who doesn’t love a free ride? You can get a chance to win yours while competing in one of the Sports Car Club of America’s championship events this fall courtesy of our partners at DirtFish Rally School! By simply registering for the DirtFish contingency program for the appropriate championship event, and then sporting two DirtFish stickers on your competition car at Solo® Nationals, RallyCross® Nationals, Time Trials Nationals or the Runoffs®, you can be entered to win a free school at their campus in Washington! It doesn’t matter how you finish at the championship event; everyone has the same chance of winning and there will be one winner chosen per event.

More than just a rally school, DirtFish recognizes that advanced car control skills taught on loose surfaces like gravel and mud directly translate to track, desert, autocross and street driving. DirtFish instructors pride themselves in teaching car control, confidence and safety behind the wheel year round through various driving techniques built from the roots of rally to over 3,000 students a year from all across the globe. From 15 years of age with a learner’s permit, all the way up to the sophisticated age of ninety, DirtFish has a program for everyone.

DirtFish Rally School, the presenting partner of the DirtFish SCCA® RallyCross National Challenge and the DirtFish RallyCross National Championship, is the most prestigious professional rally and rallycross school in North America. Nestled in the foothills of the Pacific Northwest and just a mere thirty miles from Seattle in Snoqualmie, Washington, DirtFish Rally School was established in 2010 with the idea that the exciting sport of rally should be accessible to everyone. The past eight years have earned them a reputation not just for rallycross, but for performance driving, specialized training and education as well.

What if you’re not competing in a Sports Car Club of America® championship event this year? Well, don’t forget that SCCA members are eligible for 15 percent off any DirtFish Rally School program. Details can be found on the Member Benefits webpage at SCCA.com.