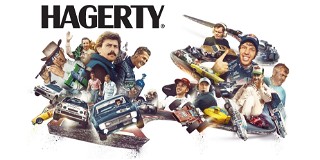 Among the many reasons our friends at Hagerty are a wonderful partner to the SCCA is that they love #FunWithCars just as much as we do – and they are a wealth of knowledge on a variety of car-related subjects. The following article originally appeared on Hagerty.com. For this and all of Hagerty’s car-related content, visit their media site here.

While none of the stories shared below are from SCCA events, they've undoubtedly inspired some of the creativity our technical inspectors have seen over the years.

Rules are to race car builders as passwords are to hackers: pesky annoyances that are meant to be circumvented. Is that cheating? Only if you get busted. As Darrell Waltrip put it after he and A.J. Foyt had their qualifying times for the 1976 Daytona 500 tossed out because they were packing hidden nitrous-oxide bottles: “If you cheat and don’t get caught, you look like a hero. If you cheat and get caught, you look like a dope. Put me where I belong.”

Since the dawn of motorsports, tech inspectors charged with enforcing the rules have been engaged in a never-ending game of whack-a-mole with car builders determined to evade them. To be fair, a lot of straight shooters operate in the gray area between right and wrong—such as Roger Penske, who dominated the Indy 500 in 1994 with pushrod engines that exploited a loophole in the USAC rulebook. But it’s no coincidence that the winner of the first-ever NASCAR race in 1949 was disqualified for using illegal springs optimized for running moonshine.

Progress being what it is, the bad guys have gotten a lot more sophisticated since then. Here’s a top 20 list of the most ingenious cheats of the past half-century:

Bobby Allison cruised to a 22-second victory in the Daytona 500 in 1982 despite losing the rear bumper of his Buick Regal on Lap 3. Or maybe he won precisely because his notoriously creative (euphemism alert!) crew chief, Gary Nelson, made sure the bumper would fall off. Although Allison denied that the missing bodywork improved aerodynamic performance, he magically ran the last 100 miles on a single tank of gas without the benefit of a drafting partner. Nelson was later named NASCAR’s chief tech inspector. Talk about putting the fox in charge of the henhouse.

After wrecking his Lotus 64 during practice for the Indy 500 in 1969, Mario Andretti was forced to drive his backup car, a Brawner Hawk that habitually ran hot. Although he qualified second, his oil temperature was off the charts, and USAC refused to allow the car to be fitted with an external oil cooler. Cue the Mission: Impossible crew. During an all-nighter, an oil cooler was concealed behind Andretti’s seat. The next afternoon, Andretti’s back was badly blistered—but he didn’t feel a thing until long after winning the race.